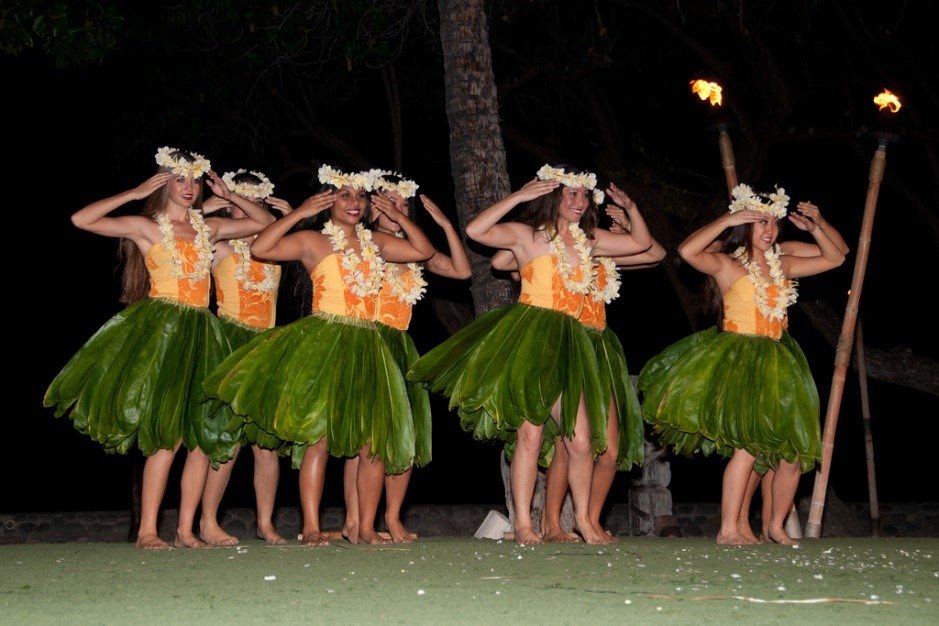 The history of Hawaii and the rich Hawaiian culture are just as magnificent as the islands of this archipelago. Hawaii is located 2,000 miles southwest of the continental United States. Hawaii is the only US state which is not geographically located in North America.

There are eight main islands in Hawaii, namely: Oahu, Big Island, Maui, Kauai, Lanai, Molokai, Nihau, and Kaho’olawe. Hawaii has many smaller islands and islets, some of which are remnants of volcanic mountains. 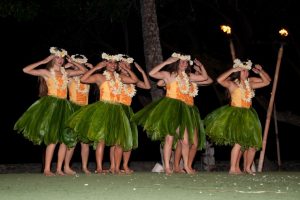 Hula is a Hawaiian dance which portrays the words of the oli (chant) or mele (song) in a visual dance form. Hula is an intricate art, with a variety of hand, foot, and hip movements. Each motion represents an aspect of nature, feeling, or emotion.

There are two kinds of Hawaiian hula. The Hula Kahiko is hula composed before 1894 and doesn’t include modern instrumentation. It is also known as “Traditional Hula.” This kind of hula is considered as a religious performance. Female dancers wear pau (wrapped skirt) while the males wear malo (loincloth). Accessories include lei, bracelets, and anklets.

The other type of hula is the Hula ‘Auana, also known as modern hula. Music is primarily Western influenced. The Instruments used in Hula ‘Auana are the guitar and bass. Women wear skirts or dresses while men wear pants or malo.

One of the well-known aspects of Hawaiian culture is the luau – a traditional Hawaiian party or feast which is usually accompanied by entertainment. Luau got its name from a food that is often served in such feasts, the squid and chicken luau, a dish consisting of meat, luau (taro) leaves), and coconut milk.

Usually, luau-themed parties are held in big open areas. Aside from the food, the feast features Hawaiian music and of course, the hula. Entertainment is provided by dancers and musicians. Have fun! 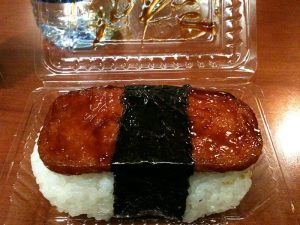 How did Spam reach Hawaii? During World War II, military troops were served with special army meat which has a long shelf life, does not need refrigeration, easy to carry, and affordable. More than 15 million cans of Spam were delivered to Allied troops every week. Since then, Spam became part of Hawaiian food culture.

Also known as Hawaiian steak, Spam is practically a staple food in Hawaii, eaten during breakfast, lunch, and dinner. One of the most well-known Hawaiian foods is the Spam musubi, a combination of rice and Spam wrapped in seaweed. Such is the popularity of Spam that over 7 million cans are sold in the state of Hawaii each year. 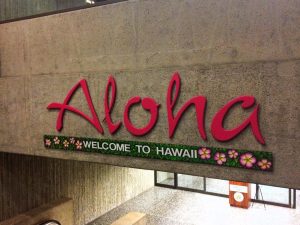 Aloha! This Hawaiian word can have several meanings. Often, it is used as a greeting, or a means to say hello. But, it can also be used as an expression of love or to send regards. Aloha is a word that is commonly used every day in Hawaii.

It also embodies the spirit of Hawaii. The “Aloha Spirit” includes qualities such as kindness, unity, pleasantness, humility, and patience. In fact, the Spirit of Aloha is a law in Hawaii that all government officials and citizens should follow.

The Merrie Monarch Festival is a cultural event held each year in Hilo, Hawaii. It is a week-long celebration of Hawaiian culture, which features hula, lei making, chanting, arts, crafts, and performances. The festival is held annually from Easter Sunday morning up to Saturday evening.

One of the most important aspects of Hawaiian tradition is the lei – a necklace made of flowers (jasmine, carnation, orchids) ti leaf, ferns, and kukui nuts. It is an important feature in hula and during special occasions (birthdays, graduations, and weddings).

The giving of lei is a Hawaiian custom of welcoming guests. One piece of trivia – Do not remove a lei when in front of the person who gave it to you. It is considered disrespectful. If you want to remove the lei, do so in a discreet manner, when no one notices it.

Where did Hawaii get its name? The state of Hawaii got its name from its largest island, Hawaii. Don’t be confused; Hawaii is the name both of the state and one of the islands in the Hawaiian archipelago. One common theory is that the word Hawaii was derived from Hawai’iloa, a legendary figure in Hawaiian myth.

Around 1,500 years ago, Polynesians from the Marquesas Islands sailed in canoes and traveled 2,000 miles to migrate to Hawaii. Five hundred years later, the Tahitians arrived, bringing their culture and belief in gods and demi-gods.

Over the centuries, the Hawaiian culture flourished, with the emergence of the hula and the sport of surfing. Land disputes were frequent, resulting in conflicts between ruling chieftains.

Local chiefs called ali’i launched wars to extend their sphere of influence and defend their communities from rivals. Ancient Hawaii had a caste-based society, where people are divided into social classes.

In 1778, the British explorer James Cook launched the first documented European expedition in Hawaii. He named the archipelago as Sandwich Islands, in honor of his sponsor, the Earl of Sandwich, John Montagu.

As he was preparing for his departure in 1779, Cook took temple idols while a minor chief and his men took a boat from Cook’s ship. To regain possession of his boat, Cook took the King of Hawaii, Kalani’opu’u as a hostage.

Unfortunately, his plan backfired as the supporters of the King fought to rescue their leader. Cook was killed in the melee, as his men retreated towards their ship. They left without retrieving the stolen boat.

Hawaii attracted many European visitors after the publication of several books of Cook’s voyage into the islands. Explorers, traders, and whalers used the island as a harbor and as a source of supplies.

During the 1780s up to the 1790s, chiefs often fought for power. In 1795, all inhabited islands were controlled by a single ruler, King Kamehameha the Great. The king established the House of Kamehameha, which ruled the Kingdom of Hawaii until 1872. 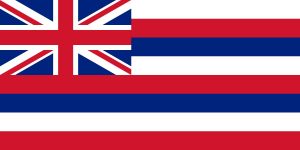 British influence is evident in the design of the Hawaiian flag; the Union Jack can be seen in the top-left corner. The Europeans did not only bring trade, but they also brought diseases to the once-isolated islands. Influenza, smallpox, and measles decimated the native Hawaiian population because they have no immunity to such diseases.

Hawaii was a sovereign nation from 1810 up to 1893 when resident Americans and Europeans thwarted the monarchy in a coup d’etat. It became a territory of the United States on August 12, 1898. Hawaii became a US state on August 21, 1959.

The history of Hawaii is a colorful one, from ancient Hawaii until it became a US state. The rich culture of Hawaii is a fusion of native Hawaiian and Western influences. Aside from the beaches, volcanoes, and landscapes, the real treasure of Hawaii is the warmth, charm, and sincerity of its people.